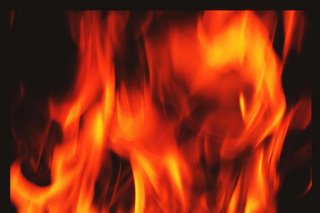 This article continues the comparison of Faust with Zarathustra’s metaphor of the child.

The child is a new beginning, a creative fire.

When long-held beliefs have been called into question by the camel, and then destroyed by the lion, one enters a new epoch. After a time, the values one has created for oneself become obsolete. These must not be allowed to become sacred cows, for, eventually, they must be destroyed and replaced by new values. The spirit of the camel will question whether these beliefs are still viable. If not, the spirit of the lion will destroy them. Then comes a new beginning, the spirit of the child, who will bring about the creation of new values. This cyclical process never ends, unless one becomes stagnant, i.e., if one ceases to create by returning to a notion of static Being.

After Faust’s pact with Mephisto, he enters this new state of being. His values are now completely his own. He is not depending on society at large for moral guidance. What he deems good and acceptable will be tried in the crucible of life. There, his decisions will be put to the test. The crucial point, however, is that he is choosing what is best for himself. No matter what the outcome, the ability to choose his own lifestyle, his own beliefs, and his own thoughts, is what propels him along the path of self-realization. It is a path every individual must travel alone.

The child has no knowledge of anything eternal or transcendent. There is only spontaneity and creative play, that is, until we adults pound our values into their heads. After enculturation is complete, they are fortunate if they ever break free from the Thou Shalts of the herd.

Faust is one of the fortunate ones. His disgust for the common ways of thinking and learning has opened up new vistas for him. Even though he has made a deal with a being that is considered evil in the eyes of the masses, he risks all for freedom and creativity. He doesn’t accept the belief that the devil, an eternal being, is battling an eternal deity for eternal souls. He pits his beliefs against the beliefs of the herd in the hope that he will find truth, and be transformed by it. Faust risks being lost for eternity if he is wrong, but he is compelled by a longing for individuation.

The child is a self-propelling wheel. At this stage of transformation, the child possesses the will to power, or the power to roll its own wheel. Creation is the wheel which is propelled along by the will. As long as it is understood that all is Becoming, the wheel continues to roll along.

In a life that is Becoming, all is not always pleasant and rosy. The responsibility to create one’s own values is sometimes accompanied by the pain which follows failure. The ability to choose does not mean that all decisions are correct. This, however, is the way the wheel turns.

Becoming is in the turning itself, not in correct or incorrect decisions. Faust must face the pain that is caused by his relationship with Margarete. Through experiencing both the pleasure and the agony of his love for her, he will learn more about the human heart than all the books in the world could teach him.

Think of how the earth continually creates and re-creates. Every spring, new life bursts forth. There is a period of growth, decay, and then death. Creators always pass through such periods. The child represents growth, i.e., the growth of new realities. The camel eventually doubts these realities (decay), and the lion destroys them (death). Then, once more, the child creates new ones, and the process begins all over again. Thus is the life of Becoming for Faust and for all of us who struggle for truth and freedom.